The new facilities, the region’s largest independent dry cargo terminal, include the extension of the ocean pier creating two additional berths, a new dock for unloading barges with two unloading cranes, two stockpiles to accommodate no less than 700,000 tons of minerals, the addition of a new loading line connecting the stockpile area to the expanded ocean pier, and a modern dust control and water treatment system for the environmental management of the operations.

The new mineral terminal will have the capacity to move 10 million tons of minerals per year, with a loading rate of 3,900 tons per hour. The facilities can accommodate simultaneous loading of ocean-going vessels and unloading barges.

For over 60 years, Navios has fueled the growth of the port of Nueva Palmira as a national and regional logistics hub. During these years, the Company has continuously invested in the expansion of services and activities undertaken in the port terminal, which operates under the free zone regime.

Ms. Angeliki Frangou, Chairman of Navios Logistics, said, "We celebrated the culmination of a four-year effort by inaugurating our world-class iron ore transshipment and storage facility. The new facility represents a significant investment in essential infrastructure for the region and a critical component of the export supply chain of Navios Logistics’ customers. With the completion of the iron ore facility, we have about 70 acres available for further expansion."

Mr. Claudio Lopez, Chief Executive Officer of Navios Logistics, added, "We operate on about 150 acres in a perfect location, at the mouth of the river, where commodities can be transshipped through Capesize vessels. The iron ore storage and transshipment facility will provide a significant additional service we can offer our customers. We expect that this facility will allow us to expand our service both through barge transportation to the facility as well as through transshipment and storage." 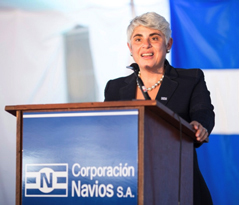 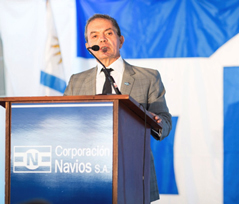 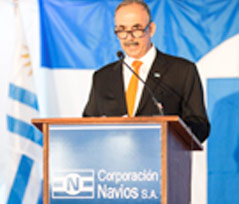 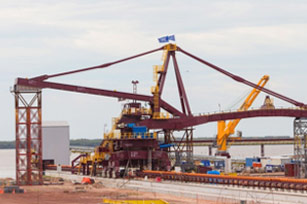 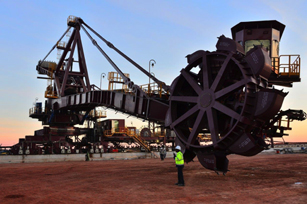 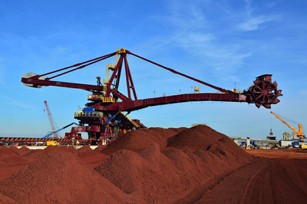 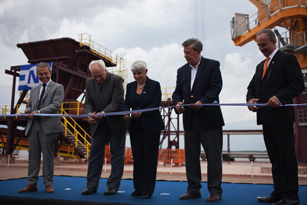 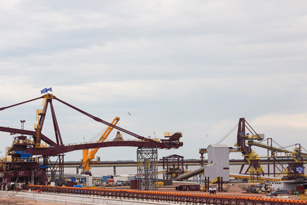 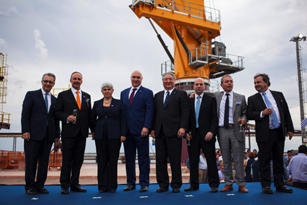 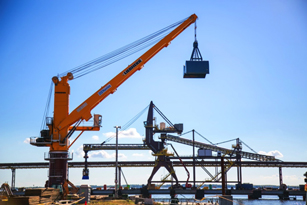 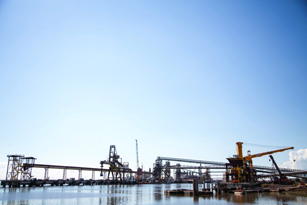